A hero being summoned to slay monsters and eradicate evil is a common theme in the isekai genre. Since the genre’s sudden boom, literal dozens of similarly themed titles came into the market. That said, it’s become harder to find a good title offering a unique take on the set-up. Despite The World’s Finest Assassin Gets Reincarnated in Another World as an Aristocrat’s seemingly generic title, it takes a rather different approach. We still have a hero and the hero still has to kill the demon lord, however, our assassin is not the hero he is in fact tasked with killing the hero.
Contains Spoilers

(deployads = window.deployads || []).push();
The second volume still follows the exploits of Lugh Tuatha De, the former greatest assassin on Earth that has been reincarnated into this new fantasy world. The main reason he’s summoned into this new world is to use his special set of skills to end the hero once the demon lord has been slain. According to the goddess, the hero will go mad and try to eradicate the world if things are left unattended. As the greatest assassin boasting of a hundred percent successful assassination rate, he takes the job and starts honing his skillsl during his reborn childhood.
Since Lugh Tuatha De is a former best assassin, his intellect and cunning is to be expected. In this regard, he doesn’t disappoint the readers. He makes good of his promise with the goddess as he increases his strength, knowledge, and influence at a terrifying fast pace. That is, of course, without letting out his secret. A huge difference with this title compared to the other titles of the genre whereas the protagonists are either at a loss or are still in the process of understanding the rules of the world.
In the first volume, it was highly dumbfounding and surprising that the goddess seeks for the hero’s death. Given that she states that the hero will go mad only after slaying the demon lord implies that the hero willingly accepts the task. What baffles us is the reason for the hero’s road to madness. The second volume, however, gives us a glimpse of a possible reason. The hero, Epona, is born of low social status. Since discovering unparalleled power, she sees everybody as fragile. Rightly so, a casual spell from her easily knocks down a normal human. If her hate for fragility persists until her fight with the demon lord, we assume she easily takes care of the demon lord and feels very isolated due to her power, which will consequently make her go mad. This, of course, is nothing more than a speculation on our part.
In almost every story wherein the protagonist starts young, the school arc is surely something to look forward to. After all, there’s a lot of things that happen and go wrong during this period of time. In this series, the second volume is when that occurs. Sure enough, it contains all the school drama. From the training, battle for status, and meeting a lot of renowned names in the kingdom. But since this is an assassination novel, the plotting and morally questionable acts don’t stop.
The World’s Finest Assassin Gets Reincarnated in Another World as an Aristocrat Vol. 2 continues to amaze us just as the first volume did. The unique take of knowing the end goal at the very start proves to be a good gamble. Instead of getting tired of the story, the second volume only makes things more complicated and interesting. We’ve got to check on what level the protagonist is compared to his target and just how stronger he must strive to be.
Writer

Author: Christian Markle
I am a copywriter, proofreader, and editor. I love watching anime, reading manga, and writing my own stories. Watch out in the future as you may see one of my works one day. Manga and anime were big parts of my childhood. I grew up watching Yu Yu Hakusho, Slam Dunk, One Piece, and Dragon Ball Z. Those were probably one of the happiest and most carefree days of my life. In fact, most of my values are probably molded by manga. No, that’s not an exaggeration.
Previous Articles
Top 5 Anime by Christian Markle

(deployads = window.deployads || []).push();
Recommended Post
No spam, ever. Your email address will only ever be used for Honey’s Anime Newsletter. 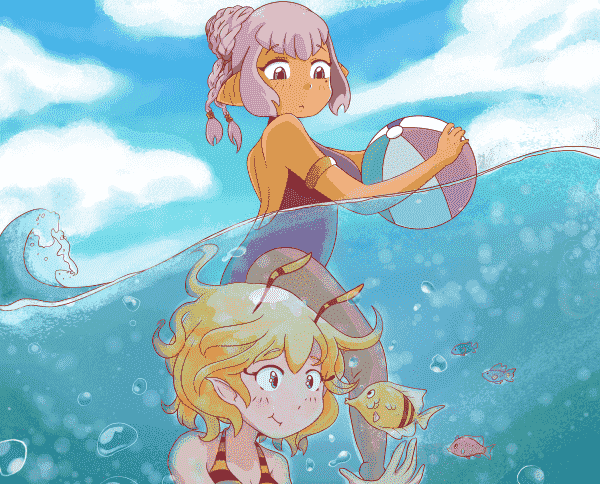